After what we’ve been through it is OK to feel differently and it is important to look after our physical and mental wellbeing.

This week, Paula Gelling, manager and Independent Sexual Violence advisor (ISVA) at Victim Support Isle of Man talks about Sexual Assault and Sexual Violence awareness week, and what it means.

Victim Support offers free and confidential help to victims and witnesses of crime, their family and friends.

‘In the six months between April and September 2020, we saw referrals for sexual assaults rise by almost a quarter on the previous year.

‘During Sexual Assault and Sexual Violence awareness week, which begins on Monday 1 February, we want to encourage people to join a national conversation and acknowledge that #itsnotok.

‘Here on the Isle of Man we think that we live on a peaceful Island and to a certain extent we do, but we are susceptible to the same crimes as anywhere else and sexual crime is no exception, but it is not talked about often. 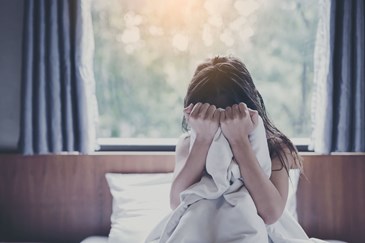 The Isle of Man Government takes victims of such crimes very seriously and recognises the importance of the work undertaken by Victim Support, providing funding to help their work along with the Big Lottery and the charity’s own fundraising efforts.

Victims are encouraged to report their crimes so the perpetrators can be caught and punished. However, Crime Survey data for England and Wales suggests only 17% of victims of sexual assault go to the police.

Paula continued, ‘We perceive that sexual crime is committed by strangers but in reality around 9 out of 10 sexual crimes on the Island are committed by someone the victim knows. What’s more, sexual crime happens to people of all ages, gender identities and sexual orientation. So why don’t we hear about it?

‘Many of us probably did not talk to our family about our first sexual experience, even if it was good. So imagine how difficult it is to tell someone that you have been indecently assaulted or raped. For a victim the trauma can have a profound and often life-changing impact, particularly in children. This is not okay!

‘No matter what your age or gender, there are many, many concerns a person might have when such a crime has happened to them. They are often in shock or disbelief and trying to understand it. It can feel embarrassing or humiliating.

‘We often find that people fear being believed or judged, or feel they are to blame, when in fact it is the perpetrator, and the perpetrator alone, who is to blame.

‘News articles surrounding sexual assault can also have a detrimental effect on victims with headlines such as ‘Girl raped after 7 wines’. Rather than focusing on the crime that has been committed, they often apportion blame to the victim for having a drink, which isn’t a crime.

‘At Victim Support we have a team of people who are specifically trained to support both children and adults who are affected by sexual violence, as well as their family and friends.

‘Anyone who is a victim of sexual crime should report it to the police or speak to someone they trust and ask for their help to report it. Do not suffer in silence. It is a profoundly traumatic event and we are here for anyone who needs us.’

For free and confidential help from Victim Support please visit victimsupport.im or call +44 1624 679950. They are staffed between 8.30am and 4.30pm Monday to Friday.

To report a sexual assault, dial 999 in an emergency (if it has happened in the last few hours) or +44 1624 631212. The Isle of Man Constabulary has dedicated team of specially trained officers who provide victims with the support and care they need and help them throughout the process.

For tools and resources on mental wellbeing visit: areyouok.gov.im